Changes over time - how the colorectal unit evolved

Ian Faragher arrived at Footscray Hospital in 1997 to join the colorectal unit as a consultant surgeon. The unit is now one of the busiest colorectal units in Victoria.

Its surgeons operate on more patients with bowel cancer than the combined tally of cancer patients treated at the Royal Melbourne Hospital and St Vincent’s Hospital colorectal units.

The unit was one of the first to introduce multi-disciplinary teamwork and a database to collect and analyse patient results.

Mr Faragher was appointed head of the colorectal unit in 2011, replacing his colleague Stephen McLaughlin who led the unit for more than 10 years.

“Professor Bob Thomas, during his years as professor of surgery, encouraged multi-disciplinary team meetings. We adopted that approach as a unit in about 1998. Since then we’ve run weekly meetings where we discuss all of our new cancer cases and post-operative results and any other problems with our oncologists, radiotherapists, pathologists, radiologists and any other appropriate colleagues.

It allows us to make the best plan for the patient – you’re not getting just one person’s opinion, you’re getting the wisdom of the group. It’s now become standard of care but we were doing it early on.

The best multi-disciplinary team planning is all about ongoing education.

That’s the beauty of public hospital practice – you’ve got plenty of colleagues around you who function as a unit. This unit works very well together. It has a strong sense of patient ownership and of getting good results in the West.”

Harnessing the power of data

“In 1997 our unit set up a database of all our cancer patients and tracked their outcomes, including their longer term survival. That led to our collaboration with Associate Professor Peter Gibbs, a colleague and oncologist at the hospital.

A database for one hospital is good but it’s only a small part of the picture. So we had a deliberate strategy of collaborating with Peter and his vision to set up BioGrid Australia. Peter used our database to form the basis of the initial BioGrid structure, which is now a national structure at multiple hospitals. (BioGrid operates secure, online research infrastructure for medical researchers.)

We’ve been involved in a lot of successful ongoing collaboration and research with Peter and his team. We’re quite proud of the fact that it was our database that provided the start-up for the bigger vision.

From those early days onwards we were committed to long-term data and collaboration beyond our own hospital.”

The move to laparoscopic surgery

“Laparoscopic surgery was a milestone in the unit’s evolution because none of us were really trained in it in our standard surgical training. So the consultants picked up those skills through extra professional training and the unit moved to doing laparoscopic surgery for colorectal cancer.

All of our surgeons are members of the sub-speciality called the Colorectal Surgical Society of Australia and New Zealand. The Society has a number of post-fellowship training positions where a trained surgeon comes to one of the recognised training centres for 12 months and then goes to a second centre for 12 months. They also complete other training tasks and an exit exam to obtain membership of the Society.

The unit achieved an important milestone in 2000 when we got a training position that continues to this day. There are now only 16 of these training positions across Australia and New Zealand.”

With colonoscopies we’ve seen a parallel evolution in the quality of the scoping equipment. We can now cut off bigger benign polyps from the inside of the bowel, which would have required surgery in the past.

We’re also seeing changes due to the impact of the national bowel cancer screening program. We’ve shown in our hospital data that if you’ve been picked up through the screening program, you have much better results and better long-term survival outcomes because your cancer is found at an earlier stage.

It’s also much cheaper for the community because people with advanced stage cancer require very expensive drugs. If you can find these people at earlier stages of their cancer, the benefits are obvious.

In the last seven years we’ve introduced professional development sessions four times a year and we’ve got an active research program with a reasonable number of publications for what is a very busy clinical unit.”

Matthew Croxford belongs to a new, younger generation of surgeons who trained at the hospital as medical students and junior doctors and later returned to Footscray to work as consultant surgeons. 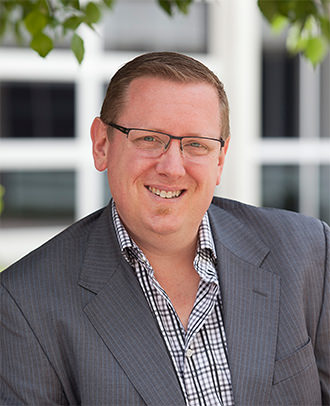 Matthew Croxford, who trained at Footscray Hospital and chose to return as a consultant surgeon.

“I first came to the Western (Footscray) in 1990 as a fourth year medical student on surgical rotation from the Royal Melbourne Hospital. The Royal Melbourne was a great institution but a bit stuffy. Western – the hospital environment and the people teaching us – was a lot more down to earth.

At the Royal Melbourne, as a fourth year medical student you were at the bottom of the food chain so access to patients was quite limited. That wasn’t the case at Footscray. We had a lot to do with the patients, who were an interesting group of people – ethnically diverse with interesting pathologies.”

Camping out in emergency

“Footscray’s emergency department was very busy because it was the only ED in the western suburbs - at that stage, in 1990, Sunshine Hospital hadn’t been commissioned.

One of my friends and I got into the habit of camping out in the emergency department on Friday nights and we saw the whole gamut of patients and conditions. We got lots of practice doing procedures, putting in drips, putting in catheters.

We did it as something extra because it was a great learning opportunity. The medical staff and the nursing staff in the emergency department fostered that experience and we were welcomed. We weren’t seen as a hindrance.

Unfortunately these days that probably doesn’t happen much. The higher volumes and turnover of patients sometimes means that the time to teach medical students is not as great as it used to be.”

Sunshine Hospital – in the middle of a paddock

“I returned to Western in 1991 doing my obstetrics and gynaecology placement at Sunshine Hospital. It was very new. It was a big hospital in the middle of paddocks, with very few houses nearby.

At that time they had obstetrics and gynaecology and geriatric services out there. The patients I saw all lived locally and were grateful that they no longer had to travel into the Women’s Hospital in Carlton to have their babies.

Then I returned the next year as a final year medical student and did a term of general surgery at Footscray. I worked with Kendall Francis, Trevor Jones, Graham Peck, Steve McLaughlin and I had some exposure to the specialty areas, working with surgeons such as John Thomson, the ear nose and throat specialist. They were great teachers.”

“One of the nice things about Footscray is that it has fostered a great sense of attachment and involvement among the surgeons. There’s been a very good system of senior surgeons mentoring their junior colleagues and the trainees.”

“When I was a registrar, Graeme Thompson spent an enormous amount of time teaching me about how to be a good surgeon – to have compassion for your patients, respect for your patients and peers, and the ability to listen carefully, particularly taking histories from patients to get a picture of the whole patient as a person, not just the disease process.

Listening carefully to patients tends to reduce the likelihood of mistakes.

When Graeme was teaching us he would be quite happy to let us do the operating with him supervising. Unless he was concerned for the welfare of the patient he wouldn’t jump in and take over, he would let us learn by doing the procedure.”

The Western Hub - from start up to stellar

“Our general surgery training program, known as the Western Hub, now has about 12 trainees, compared with the Royal Melbourne which has about 14.

We now have several people who hopefully will come back and join us as consultants. We’re growing the skill set of a group of surgeons who’ve trained here and who are committed to treating patients in the western suburbs.”

“In 2014 I completed a three-year appointment as Chairman of the Regional Board in General Surgery. At a state and national level our profession is looking at how we can improve surgical training.

The introduction of safer work practice legislation – limiting the number of hours a junior doctor can be rostered on duty – is a good thing. But it’s posed a challenge for our profession because it has led to trainees having less exposure to practical surgery during their five years of training.

So we’re developing innovative and more efficient ways to train.

One of our great assets is the new simulation labs and tutorial rooms at Sunshine Hospital, built jointly by Melbourne and Victoria universities and our hospital network and funded by state and federal government money. It’s enabled us to develop a program of simulation workshops and to improve our tutorial program.”